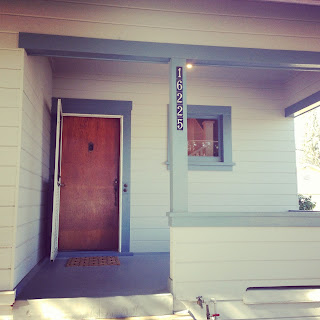 I feel your pain.

Coming back to America from the Philippines was the hardest move I've ever experienced. Decades later it still hurts. The dynamic is multi-layered.

Part of it, is we were actually needed in other countries. That unconsciously feeds our ego.

When you're wired for adventure, it feeds our need for adrenalin. And then there's the hunger issue. In the 2/3's world people tend to be hungrier for God as they have little else.

In America we have been satiated with comfort, entertainment, consumerism,(America's holy trinity), that dulls our natural hunger for the transcendent.

One time a Nepali pastor visiting America, said to David Ruiz, "I can hardly wait to get back to the demons of Nepal!"

David said "What do you mean?" The pastor said; "In Nepal you can see the demons, you recognize them quickly. Here in America, they are much stronger, they are comfort, amusement, entertainment. They are much more compelling. I can hardly wait to get back."

I totally agree Fawn, thanks for posting. :)

I hear you. Thanks for sharing.

Sarita, The Nepali pastor was right. The demons of California are indeed powerful and difficult to confront. Moreover, the prophet is without honor among her own family and in her own country.

You return to the U.S. with 2 great gifts. The first is that unless you choose to renaturalize yourself, this is no longer your country. You are now from some other place.

The second is that the gifts of grace that Father imparted to you in Uganda, the ones you joyously received just so your could survive, they are all without repentance. You still own each and every one of those grace gifts. So, when you are asked now, here in the U.S. where you have been sent by Papa, to minister in accord with the measure of your grace, that is a much much greater measure than you have had before.

Human trafficing and sex slavery in California may look a bit different. The motives that led young girls and women to enslave themselves may be quite different than in Uganda. But, the fundamental spiritual warfare is the same. The prisons still require powerful weaponry to tear them down.

Do not allow your perception on monotony while Papa is acclimating you to the conditions on a new battlefield to distract you from the war.

Do not allow Father's call for you to pour spirit and life in to your husband and your children to be drownd out by filling your mind with wishes to be back where you once were. We, the Bride of Christ, need you and Tyson at your most powerful. We are very hungry for the powerful revelation that Jesus is imparting through the 2 of you.

Loving you both, deeply,

Hello,
After 10 years back from Asia, I feel the pain of not fitting in even more after reading the comment of the Nepal missionary. My wife & I tried to bring China back with us when we adopted 2 children from there-one was found under a pile of rags-she's 21 now & our handicapped son is 22, but, both have been lulled to sleep in this US culture that we don't hate, but do abhor.The annointing is here with stonger demons!