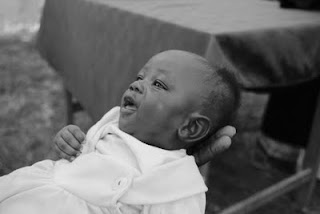 We are in a season of transition as we seek the Father for what He would have us do next. Our Acholi girls are graduating our program soon and have the faith, confidence, and skills to start a new life. As we do exit interviews with them I am grounded more in the belief that it is the healing and counseling which has changed them the most. They all say, the greatest thing they received was the teaching on forgiveness and love. And as I look into the future and try to see from heaven what God sees for Gulu, I see a center for healing, a place that focuses on teaching, and transformation of the heart. I dream of it. And it is a spark as I walk onward in the darkness.
Posted by Unknown at 2:50 AM

VERY IMPRESIVE. LOVE YOU SISTER, i HOPE YOUR MINISTRY WILL KEEP GROWING IN MESURE OF PEOPLE AND FRUIT. BLESS YOU IN JESUS NAME.

God bless you, Sarita. May He illuminate your path and "fill you with every spiritual blessing" and may He "give to you the spirit of wisdom and revelation in the knowledge of Him, the eyes of your understanding being enlightened that you may know the hope of His calling, what are the riches of the glory of His inheritance in the saints, and what is the exceeding greatness of His power toward us who believe!" (Eph.1) Thank you so much for sharing your heart. I am so sorry about the situation you described--the greed and jealously. I just found your blog tonight. I go to Horizon Christian Fellowship in VA.
Much love in Jesus,
Jessie

God, has His lamp stand with you!
The light shines from east to west, I pray for His peace to cover the house. I pray for the tenderness of His love to grow in all the women and reflect on all the children.

Abiding in Him,
Mary
Horizon Christian Fellowship in VA