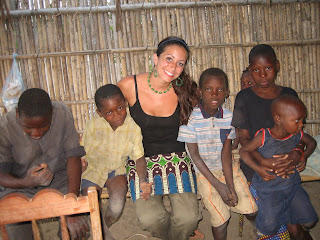 “Who is this coming up from the desert leaning on her lover?” Song of Songs 8:5


I had an image. An image of a woman naked in the desert, bruised and bleeding. Like Elisa, whose body had been used, who had been chained in a chicken coop, like her, this woman was hardened and ashamed. But desperate. And I saw Jesus come and take her in His arms and wrap a white blanket around her that billowed in the wind. I saw Him draw her to the warmth of a fire and cook dinner for her underneath the moon’s light. I saw her leaning on him, her head tucked up under his chin as he led her out of the desert at sunrise.

They say the majority of our self image is formed in pregnancy up to the age of three. They say most of our issues come from that place. By the age of fifteen, 75% of the way we view ourselves has been formed.

But I see you. I see you everywhere born into chains. I see the past biting at your heels. I see who you long to be and who you really see when you look in the mirror. I see all the times you wanted to love, but didn’t know how. I see what it cost you to hope, only to be disappointed. I see the sacrifices. I see the people laid down, the dreams laid down. I see you reject before being rejected. I see you don’t know if you can begin again tomorrow. I see what it cost you to try to believe. I see all the flaws you see in yourself and know they are nothing.

I have never known this more fiercely.

We were born into slavery and the world was ready to fill our slates with broken things. Fear. Rejection. Abuse. Abandonment. Guilt. Responsibility. Inattention. Unrealistic expectations. Be good. Be better. Be perfect.

There was a man who fell in love with a girl who was a slave. He loved her so much that he worked 7 years for her to pay the debt off her life because to him, there was no flaw in her. He married her and made a covenant with her, but because she grew up a slave, she did not understand this love. Her whole life she had been abused and taken advantage of. Her whole life’s worth had been in serving her master and trying to make him happy, even though she never could. Her husband’s devotion made her uncomfortable. So she left him and went back to the one who had owned her before and she got pregnant with his child. She lived in guilt but she did not know how to be different.

Her husband came for her, he pursued her, not to tell her how much she had hurt him, not to hold her sin over her head, but because he loved her, with all her faults, with all her mistakes, he loved her as his bride and longed to be with her again. His love for her was unconditional, it was without limit and without end. The owner said he could not have her back because the child was his and would grow up a slave in his house. The husband could have killed him. He wanted to and he could have. But deep down he knew that it would not prove his love and that his wife would only run away again to someone else. So he offered something else. He said he would give his life as a slave unto death, if his wife and child could be free. The owner hated the husband so much, he hated his love and his tenderness, so he agreed to the exchange, to take his life to pay off the debt of her sin. The slave girl found out and begged him not to, she begged him because she knew she did not deserve that kind of love, she begged him because she did not believe she could ever change. But he just looked at her, as though there was no one else in the entire world and said he would gladly die so she could be free, so she would never have to return to being a slave. When they tortured him she could not watch, she could only sob. When they beat him up and pierced his side with a knife, she collapsed in anguish. She could not understand how he could love her so much. She only knew that he did. They mocked him, they mocked his love for such a woman, but he bore it all without responding. When he died he told his wife, “I died so you could be free. You are not a slave any more. Go back home and raise our child in the knowledge that you both were loved.”

Something snapped in her, something deep in a place long shut down by the life she had lived, in a place long devastated and long given up on, a place she remembered as a child before she gave up her soul. And she just knew--no more. She was a slave no more. She was a wife, a bride who was loved, loved enough to have a man die for her and his only request of her was that she live as one who was free. She had never felt love so much, love in her that made her want to die in his place. But it was done. She left that day for good. The owner would come to her house and tell her that she should work for him to pay for the guilt of her sins, he would tell her that she did not deserve the love her husband had shown. It was hard. In her heart, she believed those words, and yet she could not return with him though she wanted to pay off her debt, though she wanted to be free of guilt, she could not return with him because she knew that she had promised not to. She knew that everything her lover died for would be for nothing if she allowed herself and her baby to be enslaved again. Love had cost him everything. And she could not make a mockery of that love. Even though it pained her, even though she rather would have lived a slave in the owner’s house just to prove her love in some small way, she clung to the belief that she had been loved and that He wouldn’t want her to see herself that way. How could she become a slave again if he died for her freedom? It was the hardest thing she ever did, in saying no. Everything in her knew, she had not deserved such a love, and yet it had been given. Though she had not asked for it, it had been given. There were days she struggled with shame, but she kept trying to remember that He had seen her as worth the price, so she began trying to live as though she was worth it. And slowly, she began to believe it, began to believe that He saw something in her she did not see and He had wanted it to live.


For the first time in my life I have seen the anguish Jesus must feel when we live as slaves even though he died for us, his lover, his bride, so we could be free. I do not yet know how to live as one who is free. How to believe in that kind of love. And yet I know it is the lack of knowing that keeps us in chains, or stuck to our church pews paralyzed to do anything or make any difference in the world because we are so bogged down in the areas of our hearts that have not been healed, we do not know how to spread out leaves of healing for others, or how to offer fresh bread to the poor. How to give when we are so empty.

But our emptiness is authentic. Our need is what draws God to us. He longs to fill the need, to put to rest the issues in our hearts that keep us from truly living. Do you not see the good the Lord longs to give to those who love Him, to those who allow themselves to be loved. It is not easy for some of us. For some of us, being loved is harder than actually loving. I think of Elisa whose face would go from stoic, to ruined. I think of how hard it was for her to not get up and run away because our love was overwhelming. She was not sure, after all that time in darkness that it was real, that it could last. I think of the girls in Uganda whose brittle arms I want to hold in mine, even if they push me away because they cannot believe in love. I think of myself, struggling to believe, fighting for my freedom, that others might be free. It is so hard to hope, to actually believe we are beautiful, that to God, there is nothing more beautiful in the world than our face. That if we gave him nothing else than our time with Him, our sweet embrace, that it would make him happier than any other sacrifice of long hours worked, or churches built, or lives saved. All He wants is us.

It is hard to believe. Hard to have faith in. And yet nothing else---no person, no addiction, no hobby, no food, no drink, no work, will heal that place in our hearts that needs to believe in it.
I spent the morning with a blank piece of paper. And I asked God what He thought of me. And always, always, I am shocked by the answer. I am ready for Him to list my faults and my failures, I am ready for Him to tell me who I should have been or what I should have done instead. I am ready for another reason to loathe myself. But he is just holding me and the answer is sweeter than I think I deserve.

and then I pray it is you.

Email ThisBlogThis!Share to TwitterShare to FacebookShare to Pinterest
Labels: A New Season--Pemba Mozambique, Thoughts on Faith